Delirium Tremens was launched on 26 December 1989. The beer uses three different yeasts and is packaged in a bottle that is painted to resemble cologne ceramics. The label exemplifies different phases of the production of “Delirium Tremens” and that the “Pink Elephant” was up and ready to conquer the world.
In 1992, the “Confrerie van de Roze Olifant” (Brotherhood of the Pink Elephant) was founded to promote Delirium Tremens and other beers of Melle.

Delirium Tremens was named as “Best Beer in the World” in 2008 at the World Beer Championships in Chicago, Illinois, USA. Stuart Kallen gives it the number one spot in his The 50 Greatest Beers in the World.

Delirium tremens is Latin for “trembling madness”, commonly nicknamed “the DTs”, indicating a violent sickness induced by withdrawal after alcohol abuse. Although it is commonly thought that sufferers hallucinate pink elephants, which may explain its use on the beer’s label, the most common animals seen in delirium tremens hallucinations are cats, dogs, and snakes. 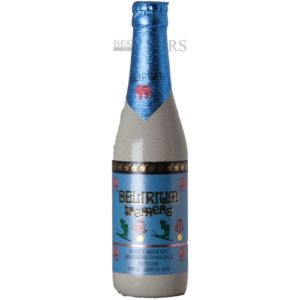