In order to provide for their needs and those of their foundations, as well as to support employment in their region, the Cistercian Trappist monks of Chimay have, since 1862, developed the production of Belgian beers and Trappist cheeses that, thanks to their character and their qualities, found and continue to find great success.
Læs mere om Chimay
Since 1862 the monks of Chimay have been brewing their first brew “Chimay Première” according to the monastic tradition of natural brewing.
1948, Father Theodore isolates the unique yeast cells that today still form the basis for brewing the Chimay beers and creates the Chimay Red in 33 cl bottle.
Christmas 1948, creation of the Christmas beer that will later become Chimay Blue.
1966, creation of the white cap (now called Chimay Triple).
1982, creation of the Grande Reserve.
1986, creation of the Cinq Cents.
2001, creation of the Triple on draught. 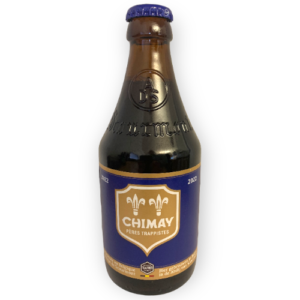